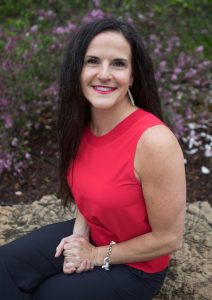 Intense physical training (think marathons and Ironman competitions) might be a hobby for JoAnna Dettmann, but her athletic achievements are proof of her abilities to identify long-term objectives and create step-by-step paths to success. As the co-owner of tSunela, JoAnna brings the same goal-oriented approach to her clients. She has conceptualized and implemented digital marketing successes for St. Louis Children’s Hospital, Fontbonne University, Praxair, Christian Hospital, and Ronald McDonald House Charities.

Interested in health and fitness since she began playing soccer in first grade and discovered her gluten allergy as a young adult, JoAnna pursues the healthiest of lifestyles. She has coached soccer; is an avid CrossFitter and CrossFit St. Louis coach, runner and biker; and has completed several triathlons, marathons, six ½ Ironman’s, and a full Ironman.

She received her bachelor’s degree in 1999 from Missouri Baptist University in Communications with a minor in Marketing.